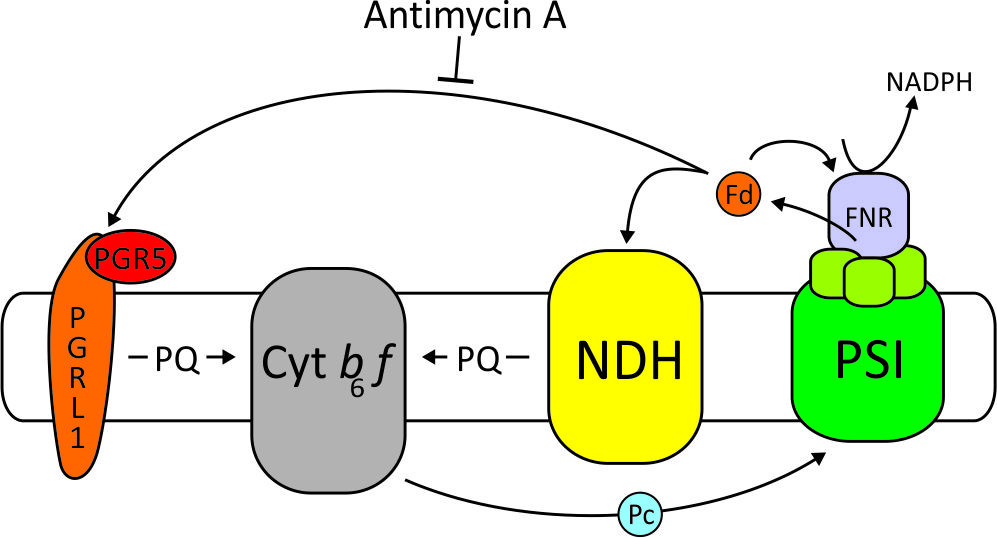 We study how the thylakoid electron flow is adjusted according to cellular demands and environmental cues. One major mechanism is represented by reversible thylakoid formation which can lead to the redistribution of a part of the light-harvesting antenna. Here, a number of protein kinases and phosphatases are involved and we have studied the functions of the kinases STN7 and STN8 and the phosphatase TAP38 in these processes.

Overview of cyclic electron flow around photosystem I

A second focus is on cyclic electron flow around photosystem I. Here we have identified and characterised the PGRL1 protein that together with the PGR5 protein (identified by the group of Toshiharu Shikanai) appears to operate as ferredoxin-plastoquinone reductase (FQR). Currently we aim to reconstruct this process in vitro and in heterologous systems. A third focus is on the regulation of grana stacking. Here we have identified the CURT1 protein family that is directly involved in controlling the level of stacking through forming or stabilizing the grana margins.