Embedded in the thylakoid membrane of chloroplast, the photosystem II complex catalyzes the light-driven water oxidation and hence provides the electrons and protons needed for subsequent carbon fixation. As a by-product breathable oxygen is produced. This process, which takes place at the oxygen evolving complex is strictly dependent on the manganese cluster (Mn). Hence the formation of the inorganic Mn cluster is essential for plant growth and development. We identified two crucial manganese transporter, CMT1 and PAM71, in this process. Both knockout mutants cmt1 and pam71 were affected in photosystem II and consequently growth and development was impaired. CMT1 resides in the chloroplast envelope, where it mediates Mn2+ uptake from the cytosol into the chloroplast stroma. From there, Mn2+ is taken up into the thylakoid lumen by the transporter PAM71 and assembled into the Mn cluster. 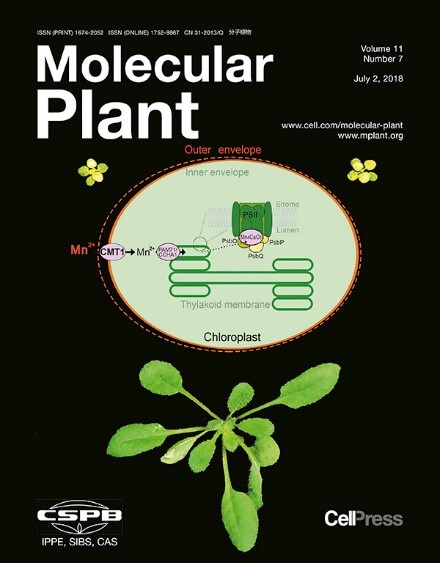